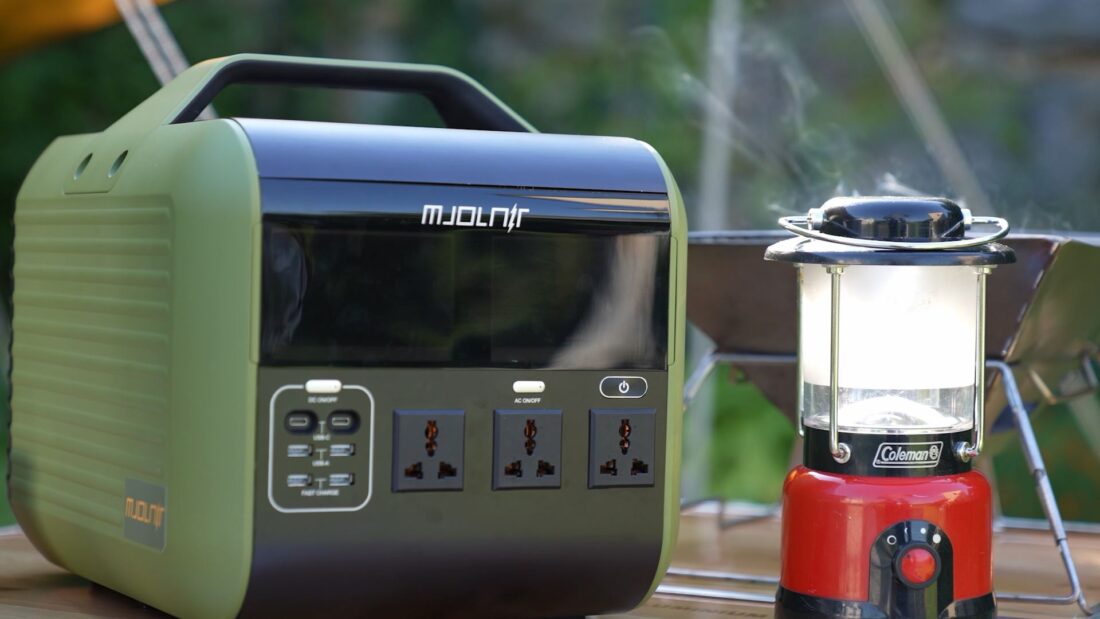 The survey conducted in 2022 revealed that camping has become a popular, extensively used leisure vacation option. Not only were 40% of vacations spent camping, but 80% of travelers decided to go glamping or camping for a part of their trip. This incident serves as a good example of the advantages of camping for the hospitality and tourist sectors. The industry is already worth more than $60 billion, and by 2025, its value is expected to exceed $100 billion.

New trends in various camping experiences, such glamping and van living, are also contributing to the growing interest in and growth of the focus on productivity of camping. The same challenge applies to both camping and glamping: you need energy to power camping appliances like a lamp, speaker, coffee pot, and so on. For this reason, a power bank – a device that generates electricity – is quickly turning into a need. Since a power bank is relatively expensive, it is crucial to consider its mobility, performance, and safety.

POWER UP with Mjolnir.

A high output of 5400W is provided by Mjolnir. For a short period of time, it runs everything from several hair dryers (did you know that a hair drier consumes 16 times more electricity than a television?), welding machines, and even worksite equipment. It is a powerful and portable power source that is even suitable for use as an emergency power source. Mjolnir weighs only 46lbs (21kg), compared to the average weight of standard portable power stations of 99lbs (45kg). This offers users the best portability. Think about taking Mjolnir on a camping. You don’t need to be concerned if it gets too dark at night. For a warm cup of coffee on a chilly night, use a coffee maker. If your laptop’s battery is running low, watch a movie on it while charging it. Bring a heater and an electric blanket for a cozy night in winter. Camping will be more enjoyable if power is used freely.

Mjolnir is not just strong and light weighed. Additionally, it is quite safe. Conventional products often use lithium-ion (Li-io) batteries, which can occasionally overheat, catch fire, and even explode under specific circumstances. Mjolnir, however, uses a lithium-titanate (LTO) battery that doesn’t run the risk of exploding. The nail penetration test, which involves piercing a nail into a battery to see if it explodes, was successful with Mjolnir’s battery. Batteries made of lithium titanate are modified lithium-ion batteries that use lithium titanate oxide on the anode’s surface rather than carbon. It charges far more quickly than the carbon-applied battery and operates far more effectively in colder temperatures. Even after up to 7,000 charging cycles, it is known that the lifespan is long enough to sustain more than 90% capacity. With a 110V charger, Mjolnir takes 30 minutes to fully charge a 5400W battery. Up to 80% of its full effectiveness is maintained in subzero temps conditions at -22°F (-30°C).

Mjolnir is available on Kickstarter at a special discounted price.

Mjolnir is the best option if you’re seeking for a reliable, strong, and portable power bank. It is now offered on Kickstarter at a special discounted price. To learn more about the features and to get a deal on Mjolnir, Visit Kickstarter now.

Metaverse game and exercise at once! DETS ...

Any other innovative ways to solve the ...